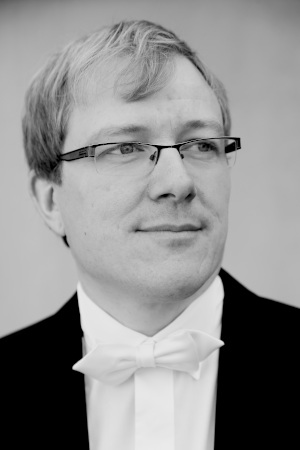 Oliver Drechsel (b. 1973) is one of the most versatile musicians of his generation. Alongside his concerts and teaching work he is also involved with CD productions as a music publisher and composer. He has been nominated ‘Best of NRW’ (North Rhine-Westphalia) and in concert devotes himself intensively to chamber music, performing regularly as a member of the Klaviertrio Köln-Weimar, Liaison extraordinaire (harmonium and piano) and as a duo with Berthold Große.
Oliver Drechsel has already made a number of exceptional CD recordings. The consist to a large extent of world première recordings, featuring a repertoire that extends as far as the music of Jürg Baur (1918–2010). It was with a complete recording of Baur’s piano music in 1998 that Drechsel made his CD début and won the Förderpreis des Rheinischen Kulturpreises. He focuses particularly on recording piano music from the 18th and 19th centuries, for example by Friedrich Kiel, Johann Christian Heinrich Rinck, Johann Wilhelm Wilms, Christian Gottlob Neefe and Ferdinand Hiller.
As a composer Oliver Drechsel won first prize in the Siegburg International Composition Competition in 1996 and 2007; in 2013 he won the Sonderpreis des Vereins der Humperdinck-Freunde there for his ‘Hänsel und Gretel’ Fantasy for two cellos. In 2018, he wrote Dreaming of E. at the instigation of the pianist Susanne Kessel for the international composition project ‘250 piano pieces for Beethoven’.
Oliver Drechsel received musical training up to matriculation standard from his mother, the concert pianist Ruth Drechsel-Püster. After that he studied the piano at the Cologne University of Music with Roswitha Gediga-Glombitza and, leading to his concert examination, in Pavel Gililov advanced course, complemented by masterclasses with Peter Feuchtwanger, Karl-Heinz Kämmerling and the Alban Berg Quartet.