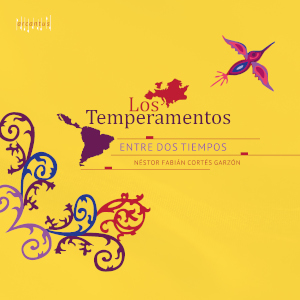 The ensemble Los Temperamentos publishes already its third CD on the label arcantus – and leads the audience into times long ago and places far away; into the Spanish speaking world of 300 years ago. This was a world continuously in a state of change – as our world is now. With the program, “Entre dos Tiempos”, the ensemble brings a colourful and exciting concert to the stage that is intensified by the rhythmic and dance elements of baroque music from Latin America and Southern Europe. The title encompasses the sense of a duality of human life, of music and overarching existence. The program incorporates emotions and exotic cross rhythms of South America’s pre colonization which finds itself spanning the divide between European and pre European culture. The music
reflects life, as life itself was a dance continually changing its beat.

…or at Your local CD shop.