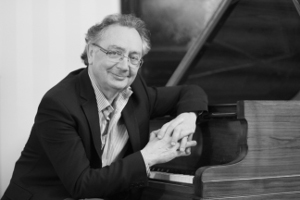 After a distinguished student career at the Paris National Music Conservatory and being awarded First Prize for Piano and Chamber Music, Alain Raës achieved notoriety at the International Competition of Geneva by winning the Grand Prize and the Special Swiss Prize.

From that point on, Raës has performed alongside many prestitious symphony orchestras including the Orchestre de la Suisse Romande, the Wiener Symphoniker, the Orchestre de Douai, the National Orchestra of Lille under the direction of Armin Jordan, Ferdinand Leitner, Henri Vachey, Jean-Claude Casadesus, Oscar Danon and others.