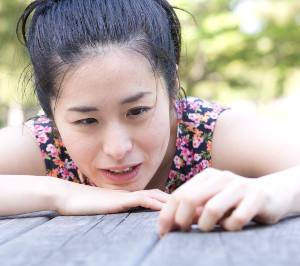 Keiko Nakata was born in Japan and began her organ studies with Keiko Utsumi and Hatsumi Miura. Then she became the pupil of Tsuguo Hirono and Rie Hiroe at the Tokyo National University of Fine Arts and Music (Tokyo Geidai) where she obtained both her Bachelor and Master of Music degree. Her master thesis “A study of Toccata C-dur BWV564” which is highly regarded was published in JAPAN ORGANIST 38 in 2011. She also studied harpsichord with Naoya Otsuka and Masaaki Suzuki at Tokyo Geidai.

In 2014, she finished her student life of organ in Paris, France, as the pupil of Christophe Mantoux at the Conservatoire Régional de Paris, and also studied harpsichord with Noëlle Spieth. In October 2013, she won the Grand Prix and also the Special Prize of interpretation of contemporary works in the André Marchal International Organ Competition in Biarritz.

She is organist at the protestant church of Yukinoshita in Kamakura, Japan, and a member of the Japan Organist Association. She works as a research assistant at the Tokyo Geidai.