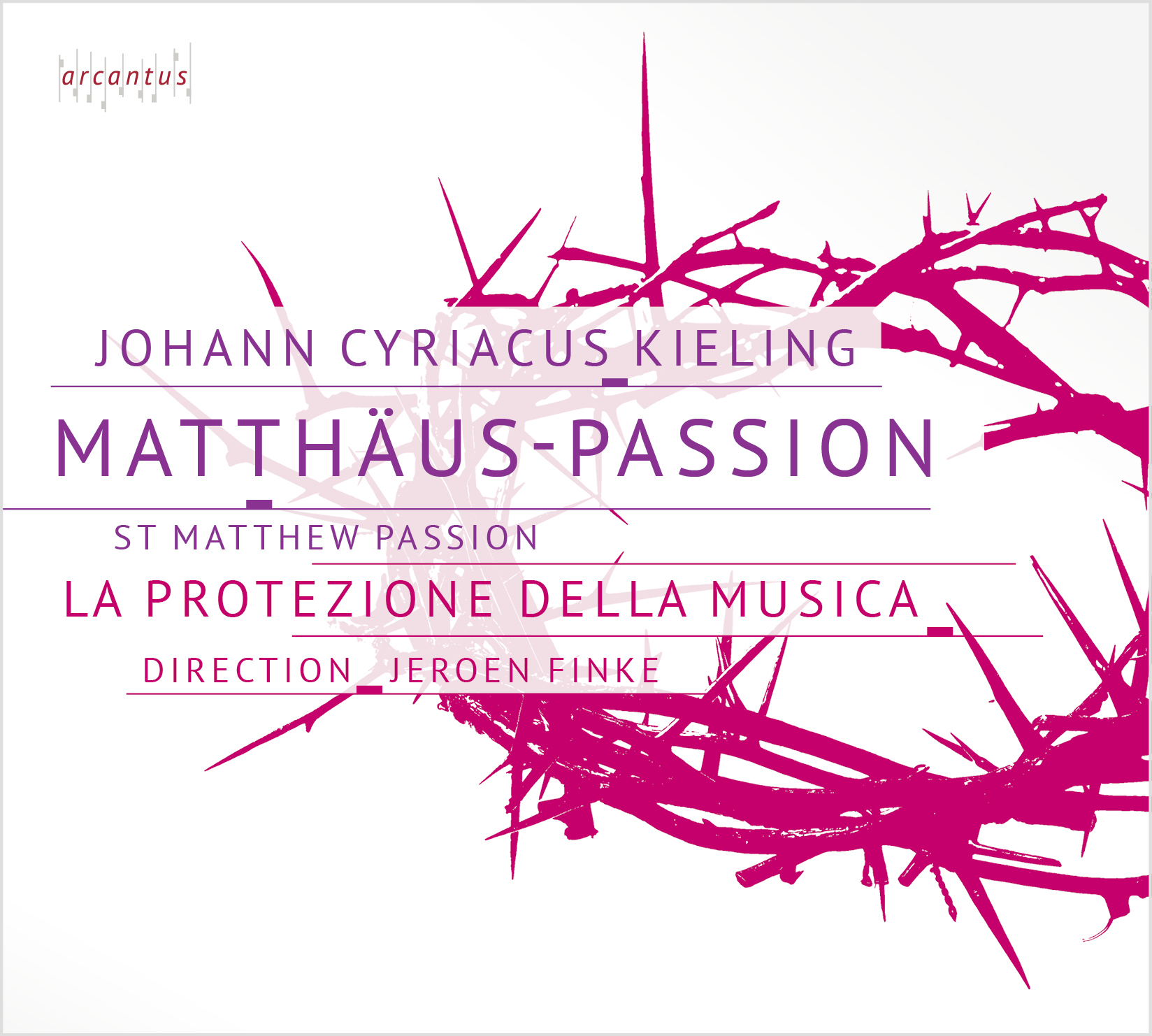 Founded by Jeroen Finke in 2015, ‘La Protezione della Musica’ has within a short time developed into a highly regarded ensemble for the performance of music from the late 16th and early 17th centuries. On the present double CD the performers tackle the St Matthew Passion by Johann Cyriacus Kieling (1670–1727), a baroque composer from Sachsen-Anhalt. Stylistically this Passion is a fusion of Schütz and Bach, sometimes highly emotional; it contains numerous short, songful and expressive arias, descriptive recitatives and virtuoso choruses. The gospel text is very much in the arioso style, and is strongly reminiscent of the sound aesthetic of seventeenth-century Histories. In its musical structure with choruses, chorales, recitatives and explanatory arias, however, this work anticipates the monumental, High Baroque settings of the St Matthew Passion by composers such as Johann Sebastian Bach, written some twenty years later. The very youthful musicians from, for example, the St Thomas Choir in Leipzig and the colleges of music in Leipzig, Bremen and Dresden perform very grippingly and with great vitality, and after hearing this world première recording the listener will look forward to further projects from this ensemble.

…or at Your local CD-shop.